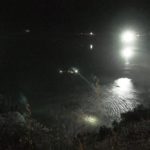 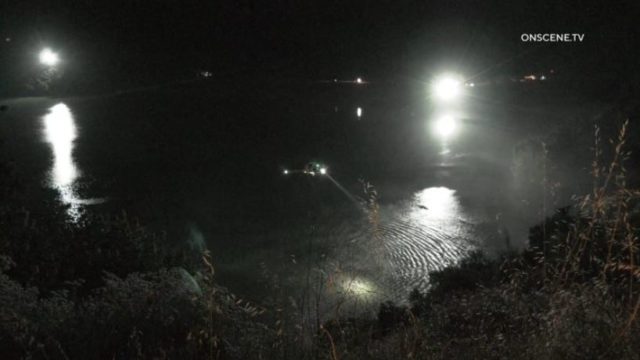 A search for a person possibly trapped in the submerged wreckage of a vehicle that went into the San Gabriel Reservoir north of Azusa is scheduled to resume Friday morning.

A Chevy Camaro crashed through a chain link fence on state Route 39 and traveled down the mountain side and became submerged in the San Gabriel Reservoir at 10:20 p.m. Thursday, according to the California Highway Patrol.

Los Angeles County Fire personnel and a Los Angeles County Sheriff’s Search and Rescue team responded to the scene and found a passenger who escaped from the vehicle. The passenger, identified as Andres Peralta, 26, of Azusa, was taken to a hospital for a complaint of neck pain, the CHP said.

The Camaro was found in the reservoir by a sheriff’s department helicopter at 4 a.m.

It is unclear whether a second person is still inside the vehicle. A sheriff’s search and rescue team would attempt a recovery Friday morning, the CHP said.