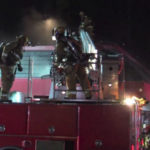 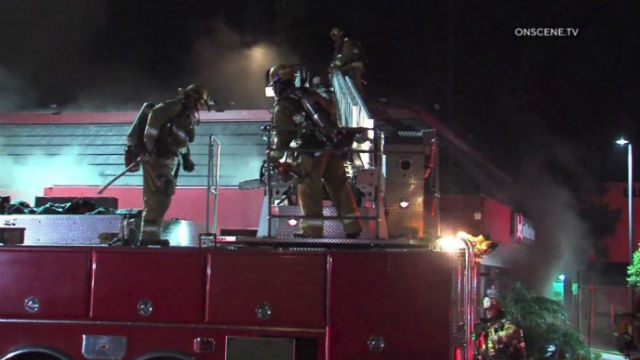 Firefighters battle the blaze at the Jack in the Box in Pomona. Courtesy OnScene.TV

Fire damaged a Jack in the Box restaurant in Pomona Friday morning.

Firefighters responded to the fast food joint in the 1600 block of West Mission Boulevard, just east of the Chino Valley (71) Freeway, about 1:30 a.m. and spotted fire coming from the attic of the business, according to the Los Angeles County Fire Department.

The restaurant was closed at the time of the fire.

No injuries were reported and the cause of the fire was under investigation.