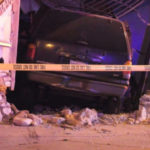 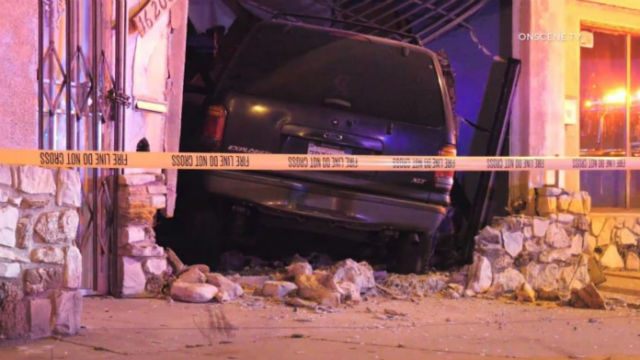 The wreckage of the SUV inside the building. Courtesy OnScene.TV

A pregnant woman crashed the SUV she was driving into a building in Bellflower Thursday morning and was taken to a hospital as a precaution, authorities said.

The crash occurred in the 9300 block of Los Angeles Street, near Santa Anita Avenue, about 1 a.m., according to the Los Angeles County Sheriff’s Department.

The SUV crashed into a vacant business on the ground floor of the commercial and residential building, but residents on the upper floor were forced to evacuate until the building’s integrity could be assessed, NBC4 reported. It was unclear how many residents were evacuated.

No other injuries were reported.

The cause of the crash was under investigation.