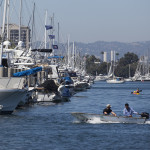 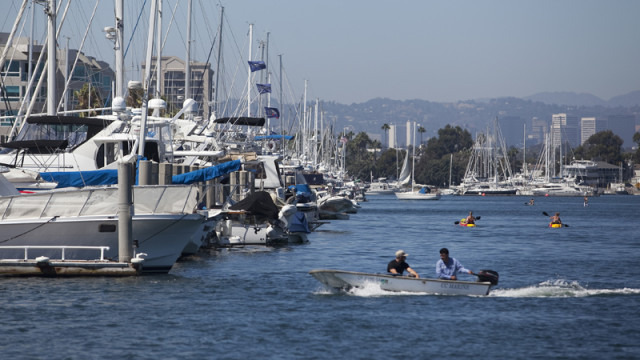 Two people have been hospitalized in fair condition after their boat struck a jetty in Marina Del Rey and was pushed onto a bank of rocks, Los Angeles County fire officials said.

Three people were aboard the boat when it became stranded at 9:12 p.m. Saturday at 30 E. 62nd Ave., but everyone got off safely before firefighters arrived, department spokesman Nicholas Prange said.

Firefighters later found all three on shore where they were treated and two were transported to a hospital.