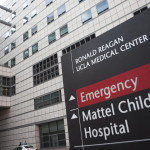 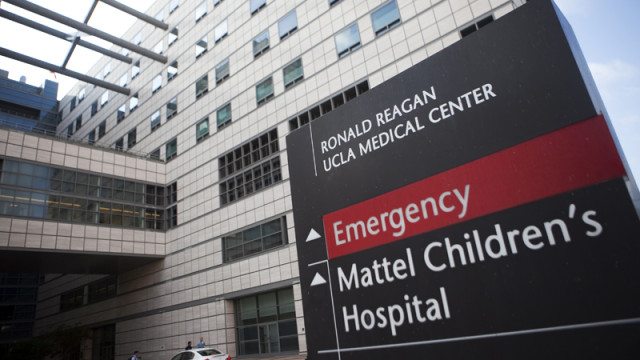 The number of coronavirus patients hospitalized in Los Angeles County reached its highest point in months Wednesday, nearing peak highs of about 1,900, as local health officials again issued urgent pleas for residents to avoid family or public gatherings over the Fourth of July weekend.

The county Department of Public Health reported that 1,889 people were hospitalized in the county as of Wednesday, noting that the figure does not include Long Beach and Pasadena, both of which have their own health agencies.

The county figure was an increase of about 100 from Tuesday, and continues an upward trend that began more than a week ago, when the number was hovering in the 1,300 range. Health officials warned earlier this week that if the trend continues, hospitals could run out of bed space in the next two to three weeks.

Dr. Christina Ghaly, the county’s health services director, said there is currently still adequate space in area hospitals, and none have yet been forced to “surge” their capacity above normal levels.

County health officials reported another 35 deaths due to the coronavirus, although four of those fatalities were reported Tuesday afternoon by Long Beach and Pasadena officials. The new deaths increased the countywide total to 3,402.

The county also confirmed another 2,002 cases, the fourth consecutive day that new cases have topped 2,000. Public health director Barbara Ferrer noted that the 2,002 figure was lower than reports in recent days because the county had not yet received results from one of the larger testing labs operating in the county.

The additional cases lifted the countywide total to 105,507.

The county was working Wednesday afternoon to issue a revised health order to come into compliance with requirements announced earlier in the day by Gov. Gavin Newsom. The governor ordered the closure of many indoor business operations, most notably eliminating indoor dine-in service at restaurants. Also barred were indoor activities at museums, zoos, aquariums and card rooms.

Those restrictions will be in effect for at least three weeks, Newsom said.

Los Angeles County had already ordered the closure of all beaches for the Fourth of July weekend, along with the cancellation of all fireworks displays. All bars in the county were closed by a governor’s order on Sunday.

The changes come in response to continuing increases in case totals and positivity rates statewide and locally. The county reported Wednesday that the overall rate of people who are tested for the virus who turn out to be positive is 9%. The daily average over the past seven days is 8.4%, an increase from 5.8% about two weeks ago.

And with the Fourth of July weekend ahead, health officials are increasingly concerned about people gathering for parties or family gatherings with people outside their own households, threatening to lead to even more infections.

“We’re really at a pivotal point. If we can’t find a way collectively to sort of minimize our exposure to multiple different family units, multiple different units of people that we’re now back at work with, we will continue to see the rise in cases,” Ferrer said. “We’ve got to do something right now to sort of get us back to a more level ground. … Right now what really happened is people tried to expand ehteir social circle at the same time they went back to work, at the same time that their children went back to camp, or back to a daycare situation. So you didn’t just have three or four more people come into your little circle, you really had exposures across the board.”

Ferrer defended the decision to close the beaches for the holiday weekend, saying the county can’t risk having 1 million people flocking to the coastline to celebrate the Fourth of July. She acknowledged that people who have been visiting beaches since they reopened have largely been respectful of mask requirements and social-distancing rules, but the holiday presents too much risk of large-scale gatherings that could rapidly spread the virus.

Questioned again about why beaches are closed to prevent gatherings but nothing was done to prevent massive protests against police brutality, Ferrer stressed that the First Amendment of the U.S. Constitution guarantees the right to protest.

Health officials have not been able to trace any specific outbreaks of the virus to the protests of the past month, primarily due to the difficulty in tracing exact exposure sources for people who may have contracted the illness in a variety of locations. But Ferrer said she has consistently stated that the protests were a likely source of coronavirus transmission, as is any location where large numbers of people are gathered for long period of time without face coverings or social distancing.