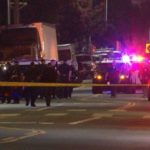 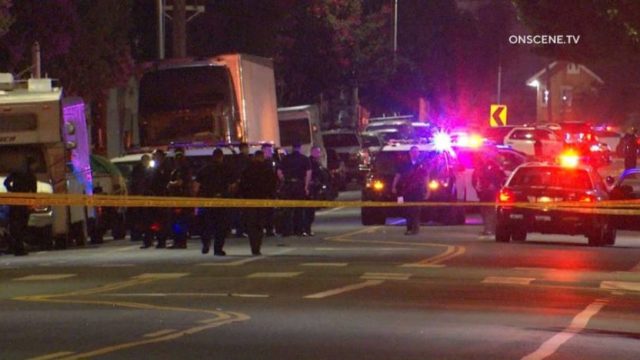 Officers at the scene of the shooting in El Sereno. Courtesy OnScene.TV

A suspect died Monday after an exchange of gunfire with police officers in the El Sereno area of Los Angeles.

As officers were attempting to make contact with the suspect, he fired at them and they fired back, striking him, Orris said. It appeared the man was on foot at the time, the officer said.

The suspect was transported to a hospital, Orris said.

The suspect died at a hospital, Fox11 reported from the scene. The shootout started when the suspect ambushed two officers in their patrol car, the station reported.